Did you know aspartame the artificial sweetener in thousands of products has been linked with increased appetite? Just the thing our hapless dieter needs. If you’re addicted to soft drinks it’s most likely caffeine you crave and it could be those soft drinks contribute to your appetite.

Test the theory by trying to cut back to no more than one or two soft drinks a day. If you’re sensitive to aspartame then read labels carefully because it’s in a lot of products you wouldn’t expect. Some people have reported serious reactions to the stuff. If you are sensitive to aspartame you’d probably be having noticeable symptoms although it may be you didn’t know that’s why. If you feel fine, relax, you probably aren’t sensitive.

Keep an eye on those kids that are bouncing off the walls too. Many chemicals, food colorings and other additives are creating a race of toxic monsters, so don’t be so quick to prescribe drugs and instead clean up your food.

I’m not trying to alarm anyone, but if you do have health issues, headaches, body aches and pains, other unexplained symptoms, it could be you are sensitive to aspartame. Just try using regular soft drinks (forget the calories, it’s just an experiment), and after a week or two you will notice if your symptoms disappear. If they do, then you just need to wean yourself from soft drinks all together, since the added calories don’t offer any nutritional value.

Getting off soft drinks is the single easiest way for kids to lose weight too not to mention they shouldn’t be getting all that caffeine at all. I never understood why it was okay to put soft drinks in the schools and then prescribe Ritalin for hyperactive kids. Seems a bit backwards to me.

The US Congress today approved a bill which if passed and enacted into law would forbid lawsuits against fast food companies for causing obesity. This bill is so poorly written it’s a joke, yet everyone’s jumping aboard, lest they be considered “lawsuit happy.” The point is, you cannot write a sweeping “no lawsuits” bill and expect it to go unchallenged.

Think back to tobacco. Originally it was a plant that when smoked caused a nice pleasant sensation and cigaretts and cigars were born. Then Big Tobacco stepped up to the plate introducing numerous chemicals to “enhance the flavor” and speed of the burn (hence you must buy more smokes). Chemicals they knew were dangerous or at least should have known in legal parlance. Some were added to make a person desire another smoke, or help one get addicted, and all this went on for decades until finally someone stepped up to the plate with a lawsuit. Today it still goes on to a large extent but not quite so blatantly, yet, Congress wants to stem the tide of lawsuits against Big Food before they’ve even begun? Fat chance (no pun intended).

These headlines aren’t very clever are they?

The Hill: The Newspaper for and about US Congress: House GOP tries out ‘guns and butter’ strategy against obesity class-action suits

Znet News: Obesity, Class and the Cheeseburger Bill This article is the first to point out the obvious use of enormous fat guts hanging out, superimposed near giant burgers and fries. Real nice use of images.

A Hamburger A Day chimes in

Good law needs to be very specific and this bill is far too broad and sweeping to have any effect whatsoever. This bill simply attempts to create sweeping legislation against the rights of the citizens in favor of the corporations and frankly, I’m getting pretty sick of it. We do know that eating fast food regularly is unhealthy, yet advertisements say otherwise and that’s perfectly legal. Fast food (restaurant food in general) is too high in calories and saturated fat, plus contains who knows what chemicals which cause who knows what illnesses, so yes, I’d vote no on this bill. Write me a bill with substance that is specific and then we’ll talk.

No Wonder We Love our Coke

Coca-Cola may face a fatwa, or decree by Muslim leaders if more samples prove to have liquor in them following the discovery of alcohol in a bottle of the beverage.

As reported in the Packaging Blog, “In June of this year a Mpumalanga doctor, Haroon Dindar, bought a crate of 1.25 liter bottles of Coke from a bottling plant in Ermelo South Africa. One of the bottles that he opened had a smell of alcohol so he sent the contents for testing. The test showed it had in fact contained 0.925g of alcohol per 100ml.”

They determined it was an isolated incident, but how exactly does alcohol find its way into a bottle of soda pop? How did Coca-cola manage to keep this so quiet? I think it’s an even bigger story than finding human digits in chili at Wendys.

Yes, it’s true. Original Coke did contain cocaine. In fact, the product was originally sold as a patent medicine–perhaps “it’s good for you” was their slogan? The amount of cocaine was unlikely to be significant because then as now, an ingredient is mostly useful on the label. Read this brief history on Coca-Cola and Cocaine.

Quorn: OR the Fungus Among Us

Whole Foods Markets sell a meat substitute under the brand name Quorn. It’s what they call a mycoprotein and is described as being related to mushrooms, but the CSPI (Center for Science in the Public Interest) claims it is a mold more closely related to mildew than truffles.

Apparently the trouble is some people have an allergic reaction to Quorn and for whatever reason Quorn Foods is reluctant to point that out on their package labels. They may end up wishing they’d simply been more truthful if the “mildew” idea sticks.

Truth in labeling is becoming a bigger issue. Recent cases brought by the CSPI include a suit against Arizona Rx drinks which claim to contain ginseng, echinacea, gingko biloba, valerian, and sometimes vitamins. The CSPI reports that independent laboratory tests showed the drinks had barely detectable levels of those ingredients. No surprise there either.

Don’t think because a drink suggests a health benefit that one exists. The law allows labeling to mention health benefits if the product contains the ingredient. They never said it had to be enough of the ingredient to actually cause an effect, just that it had to be present. Obviously expensive herbal ingredients will be added in minute amounts so they can be claimed on the labels.

CSPI means well, but they can be overly zealous in their attempts to be the food police. If only we could find a happy medium between being totally screwed over by food manufacturers and having the food police lording over us then maybe we could get somewhere. I’m not holding my breath.

Is Beef Safe to Eat?

A human has been report with Mad Cow Disease yet Holland cries, “Our beef is safe! Our beef is safe!” Is it? Did they figure the person traveled to say the UK and got the bad beef there? Do they really know? No, they do not.

Stop fooling yourself. Our meat supply is horribly tainted. If you like beef. Fine. Eat beef. But starting today buy from meat (beef, chicken, even fish) from your local butcher shop and local fish shop, and you will avoid all this nonsense and be able to enjoy meat in peace once again. Support your local farmers too. We should start going back to being neighborhood consumers and stop thinking by saving a few cents at Walmart that we are doing ourselves or our children any favors.

I know, it can be more expensive but I’m not willing to risk dying for a piece of steak or lousy hamburger at McD’s. Are you?

Your local butcher buys his meat from small local farmers who do not sell to the huge meat processing plants. This is good for you. Look in your phone book or do a search online and find a local butcher in your town. Their beef, chicken, etc. are cleaner, less likely to be full of hormones, and are not coming from sick cows. Local butchers can teach you which cuts to use for what. Go in, ask questions, get to know a local merchant, and maybe make a friend in the process. Plus, supporting your community is good for you and the community.

Mad Cow is not something to fool around with nor is it wise for this country (the US) to randomly test a mere teensy percentage of beef. In Japan they test all cattle. Here we still allow downer cows (cows too ill to stand) into the food supply, and if an animal is obviously ill, it should not be butchered and sold to school lunch programs. Meat processing plants claim they do not, but just visit any meat packing plant and see for yourself.

Report about Human with Mad Cow Disease in Holland

This just in from the “Dumb and Dumber” files: Scientists have developed a chemical being fed to farm bred fish which, get this, causes them to be so hungry they will eat anything. Since regular fish feed is expensive, this is a way to save money because the fish will then eat anything at all. Typical science gone mad, but what happens when we eat the fish? Do we then get a dose of these chemicals? l don’t want an uncontrollable appetite, thanks anyway, Mr. Scientist.

There has long been a clear distinction that what animals eat, we eat. Certain plants that cows ate were found to cause illness in humans, so they moved the cows away from the plants drawing an obvious conclusion that what the cows eat, we eat. Why then do they continue to debate whether chemicals given to the cows, chickens and now fish we eat get into our bodies? It’s not rocket science people!

If you wonder why girls are developing breasts at 8-years old, look to the milk. Cows have been given growth hormones for decades, and now our little girls are maturing at an accelerated pace.

The amount of hormones, antibiotics and other chemicals given to animals in our food supply is appalling. Feed lot pens are sprayed with pesticide to keep away the flys, which filters into the noses, and onto the skin of the animals. It’s not safe to walk in your backyard after they spray pesticides, yet apparently the FDA believes it’s fine for us to eat cows and chickens that have lived bathed in a daily mist of those same chemicals?

And now they are going to introduce a chemical which enhances appetite to fish? Do these scientists all hold a degree from Cracker Jack?

Just say no to farm bred fish. You can also buy your meat from a local butcher who is likely obtaining his meat from a local farmer, most of whom do not use these practices. It is the large farms that use the worst feed and the worst processing conditions. Avoid that and you may just avoid a lot of the side effects from eating chemical laced foods. Think about it. 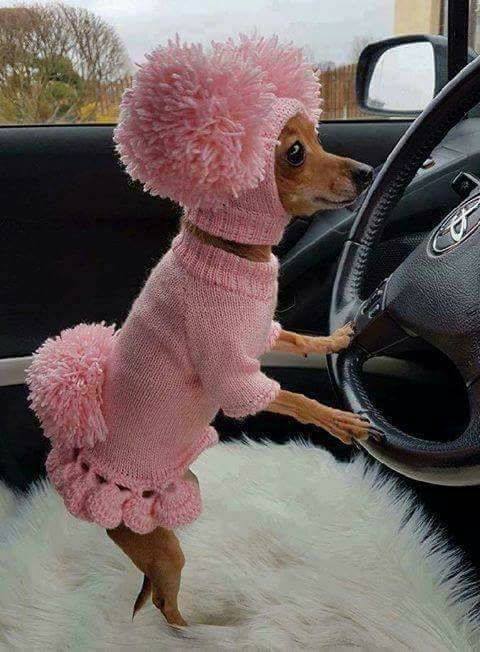