Monsanto successfully sued a farmer for patent infringement on the basis that pollen from their genetically modified seed drifted into his field, pollenating his crop, so later when the farmer harvested and sold seed from that crop he knowingly benefited from Monsanto’s patent. Nice job, Monsanto! Way to go! Contaminate this farmer’s crop with your freaky seed and now you sue him? He should have sued Monsanto for contamination instead.

As it was, Monsanto won judgment against the farmer. This is wrong on so many levels it just baffles me. A better solution would be to require all modified seed to be quarantined so no natural wind drift would not occur. In other words, contain the devil seed in huge tents if you must, but keep it contained.

I don’t want Monsanto in my vegetable garden but soon there may be no choice as the AP reported in Jan. 2005, Monsanto plans to purchase Seminis, a major seed supplier:

ST. LOUIS (AP) — Agricultural biotechnology giant Monsanto Co. said Monday it will buy vegetable and fruit seed company Seminis Inc. for roughly $1 billion in cash, broadening its portfolio of seeds and tapping into the trend of healthier diets. Monsanto said it will assume an additional $400 million in debt by Seminis, the Oxnard, Calif.-based supplier of more than 3,500 seed varieties to commercial fruit and vegetable growers, dealers, distributors and wholesalers in more than 150 countries.

Cashews Can be Toxic! 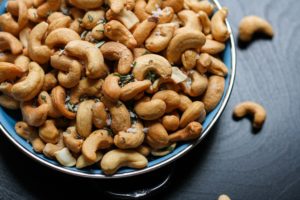 Photo by Jenn Kosar on Unsplash

Why Cashews sometimes Bite Back

The skin of a cashew is highly caustic and can blister the skin, so the nut meats must be carefully removed from the skin before being touched or eaten. This explains why cashews can be so expensive, and it also may explain why some people experience “fever blisters,” when eating them.

How about a bit of Extra Grease with that? 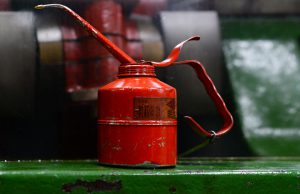 In mid-2003 the FDA released its requirement for a warning label on products containing the fake fat Olean due to the relentless efforts of P&G Proctor & Gamble who own and market Olean formerly known as Olestra. It’s not easy selling a product that states, “This Product Contains Olestra. Olestra may cause abdominal cramping and loose stools. Olestra inhibits the absorption of some vitamins and other nutrients. Vitamins A, D, E and K have been added,” which was the previous warning required by FDA. P&G eventually persuaded FDA that because a lot of other products also cause SOME people distress (due to over consumption, allergies, etc), there was no reason to disparage their innocent product. In double-blind studies conducted by P&G (it’s totally common for a company to conduct their own tests), a limited number of people had problems. What a surprise! Based on this and other dubious research also provided by P&G the FDA easily agreed. Today no warning label is required at all!

The FDA’s Talk Paper released August 1, 2003 states: “Manufacturers will not (emphasis added) be required to display the 1996 label statement on products containing olestra. However, FDA will require manufacturers to continue adding Vitamins A, D, E, and K to such products. Consumers will now see an asterisk after each of these added fat-soluble vitamins listed in the ingredient statement of products containing olestra. The asterisk will reference the statement, “Dietarily insignificant.” Plain English translation: Look on the label for a teensy mark after Vitamins A, D, E & K. If the asterisk is there, so probably is Olestra.

Now, the FDA has decided to allow the use of Olean® in microwave popcorn. Yipee! Fun for all the family. It wouldn’t be a problem if you stuck to the suggested serving size but who does that? Most people eat the whole bag, even though it says it serves 20 (okay, I’m exagerating. It serves 12). So now folks showing up at their doctors with vague and unspecified intestional symptoms are likely to be treated with any number of tests and medications when a simple, “Avoid eating Olean” would have sufficed. Also, it’s not funny to offer snacks to unsuspecting neighborhood teenagers and watch them one by one get a funny look on their face saying, “I think I need to go home now.”

The Portland Oregonian ran a piece February 16th, 2004 about beef and why it would be impossible for them to ever guarantee the nation’s beef completely safe from Mad Cow. Why’d they write this piece? I imagine they first figured hardly anyone would read it; as it was technical and boring, and secondly, by simply stating this up front they’ve managed to remove themselves from liability. Once a company goes on record as stating their products could be potentially harmful, you cannot go back later and sue them (at least that is the theory — it didn’t work out so well for Big Tobacco).

The AP is reporting this morning that a House committee is challenging the Agricultural Department’s view that the first cow found with Mad Cow in the US was a downer. This is hugely significant because at present only downer cows are tested.

Three witnesses at the Washington state plant where the cow was slaughtered have gone on record stating the cow was not a downer; it was acting crazy and was shot so as not to injure the other cows. Consider that for a moment: This cow would not have been tested had it not suddenly gone a little “crazy” and this was while already on its way to slaughter.

Mad Cow is named for the symptoms of cows acting a little loony–but this was before the cow was a downers (cows too sick to walk or stand are called downers). The policy of only testing downers is obviously flawed, yet will the Agricultural Department risk discovering that our meat supply is a contaminated mess? I seriously doubt it. Stay tuned…