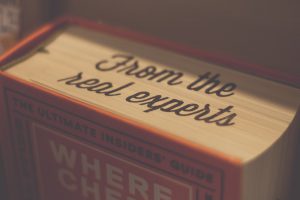 Just Who, Exactly are “They”

There are a lot of rules flying around about what you should or shouldn’t eat and what “they” say is right or wrong. But just who exactly the ones known as “they?” When you say you know you should eat X calories, who says? Where did you get the idea you should do anything, let alone eat exactly this number of calories or that many grams of protein? Who is the expert, you, or some guru you saw on TV?

I know what works for me by trial and error and that will work for you as well. Take the rules and bend them to work for your lifestyle. If you don’t feel satisfied at all with the calories you’re getting, then add a little, no matter what “they” said you should eat. If you feel energized after working out but “they” say you should be getting an hour a day, well, tough on them. I say do what feels right for you.

Deal With These Idiots and You’ll Lose Your Appetite

Here’s a way to lose weight; get ripped off by Capital One, then when you try to call and straightened it out you’re told, “That’s Capital One’s policy.”

According to Capital One you must pay your balance in full two business cycles in a row before you get the “benefit” of no finance charge. What that means though is you are going to be charged a finance fee for month one, the first time you pay your balance in full, then again for month two, then finally come month three, now they’ll give you the benefit of no fee. Anyone hear of this before? So when I wanted to know my account balance so I could pay the account off and close the sorry deal, I was told, “It changes daily because you’re still incurring finance charges.”

So, basically these ass-wipes are ripping me off and probably every single client out there so check your statements. If you’re being charged finance fees unfairly, call and cancel your business. There’s plenty of other companies out there more than happy to get your dollars.

No doubt I’m going to get a bill for a couple of dollars and each time I send that to pay it off I’ll get another one with a few more cents.

I suggest not doing business with Capital One if you want to keep your sanity, but if you’re like me and lose your appetite when you get upset, then it’s a great way to lose some weight this weekend

Muscle Does Not Weigh More Than Fat Ad Nauseum

“Umm, so I stumbled on your site, and found you had written something on muscle weighing more than fat being a myth. To quote “As you can see, the 5 lbs. of fat is much bulkier than the 5 lbs. of muscle, but five pounds is still five pounds. Muscle does not weigh more than fat.”. When people say ‘muscle weighs more than fat’ they don’t mean that 5lbs of muscle weighs more than 5lbs of fat. That would just stupid. Look at the picture you have, the fat is much larger than the muscle. If the muscle was the same size as the fat, it would weigh more, understand? What you’re doing is the same as saying “hey, metal doesn’t weigh more than cotton! To prove it, I have this bucket full of metal, and nine buckets of cotton. Guess what, they weigh the same!” Seriously, I suggest you remove or revise that article to avoid looking like an idiot.”

Thanks for your insightful message. I think in second grade we were given the test: What weighs more: a pound of feathers or a pound of lead, and everyone said, “lead!” Most of learned than density counts.

The fact is, muscle does not weigh more than fat. Not now, not ever.

Muscle is denser than fat. Density is not the same as weight. The argument you make is that since people make an obvious mistake, that somehow makes it correct? Now who looks like an idiot?

Saying something incorrectly does not make it correct and muscle does not weigh more than fat. Not now, not ever. There’s no reason people can’t learn this simple concept. Density vs. weight. Just basic science really.

Then perhaps people will start to say, “If you have more muscle, you may weigh more than if you had more fat.”

Sorry, I’m standing fast. A pound of muscle does not weigh more than a pound of fat. If you want to talk density, there is a difference but that’s not what’s said when
someone says, “muscle weighs more than fat.”

Sheesh. And, really. It’s easier to read your messages if you put a paragraph break in now and then.

You Lose Weight, Your Pants Are Loose

The Difference Between Lose and Loose is my pet peeve: People who profess to be experts in weight loss but they say “weight loose.” OMG, it about kills me.

Here’s an easy way to remember. You lose something, your pants are loose. I mean, really now. That’s a big difference and were talking just a basic word, not rocket science. If you can’t seem to remember, use “lose” because how often are you talking about your pants anyway?

Lose has one O. You lose weight.

Loose has two Os. Your rings are loose, but they aren’t lose because that makes no sense. Phonetically loose is the “ew” sound, “Ew! They killed that rat right in the street!” Say it with me now, “L o o s e.” Loose rhymes with goose and moose and that’s about all I can think of right now.

Say it with me, “I lose weight.” Lose, lose, lose. It’s the “OU” sound, as in Lou’s. Oh, crap! There’s another way to spell it. English sucks sometimes.

Lose: lose weight
Loose: loose pants, loose rings, loose women
Lou’s: The guy upstairs who has a car that is always parked in your space. That is Lou’s car.

One O. Just limit yourself to one O from now on and you’ll save the world from the travesty of those seeking to “loose weight” forever more, and ignore Lou. Thank you Great Grammar God. Amen. 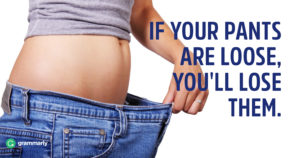 Why the Grammarly Blog has written a post on this exact subject called Loose vs Lose. Bravo Grammarly.

I see an offer for a free CD/DVD that I’d like anyway. It’s a copy of “Business is Booming” which is a CD about direct marketing, blah, blah, and so whatever, it’s being offered free for postage only. Okay, so I’m game.

I check it out and what do I find? It’s $9.47 for one stupid CD/DVD. Well I don’t know what turnip patch these folks think I hail from but in my neck of the woods it doesn’t cost that much to mail a skimpy CD envelope. Maybe $3.95 but not 10 bucks! I’m not sure where they get that CD/DVD shit anyway (oops, bad language alert). It’s either a CD or it’s a DVD. WHICH IS IT?

What a friggen rip off. I can’t even believe they’d think anyone would consider that “postage.” Makes me want to go get one of those books where you can learn to say good insults because “damn” just doesn’t begin to cover it.

Folks, if you’re offered something for free and they want more than a buck over the real cost of shipping, guess what? You’re actually paying for the stupid thing, so they are screwing you big time. This sort of thing really bugs me, if you didn’t notice.

Does Phone Hell Make You Eat?

Here’s the thing: If you want to call and ask a question, say, “What’s the mailing address?” and you telephone your credit card company, chances are you’re going to be faced with an exchange something like this:

Company: “You have reached your Best Credit Card Company.” We really care so much about your business that we’ve given you a bunch of crappy options, none of which are what you want, but listen up anyway. If you want … press …” and it goes on and on, never saying anything remotely close to what you want.

You may now experience a compelling desire to chew something, so off you go to get a snack.

That’s because frustration creates an upset in the system (your system) and your brain then wants to make things right so it goes over what you’ve done in the past to make yourself feel better and voila! Choice No. 1 is eat something.

You can change this by using EFT on the frustration itself, “Even though this is driving me crazy, I deeply and completely accept myself.” Get the free EFT instructions for weight loss if you don’t already know how to do EFT.

In the past you could bypass these telephone annoyances by hitting “0” for Operator, but that’s not the case today. Sometimes that only gets you a, “That is not a valid response,” and you feel like you’ve just been chastised by a friggen computer. Thanks to Paul English’s Interactive Voice Response (IVR) Cheat Sheet you can now quickly get a human being on the line. They may not speak your language, but it’s a start.

Two big thumbs up for Paul English! Yahoo. Useful websites. What a concept. I’ll bet he never thought his website would be considered a weight loss tool. 😉 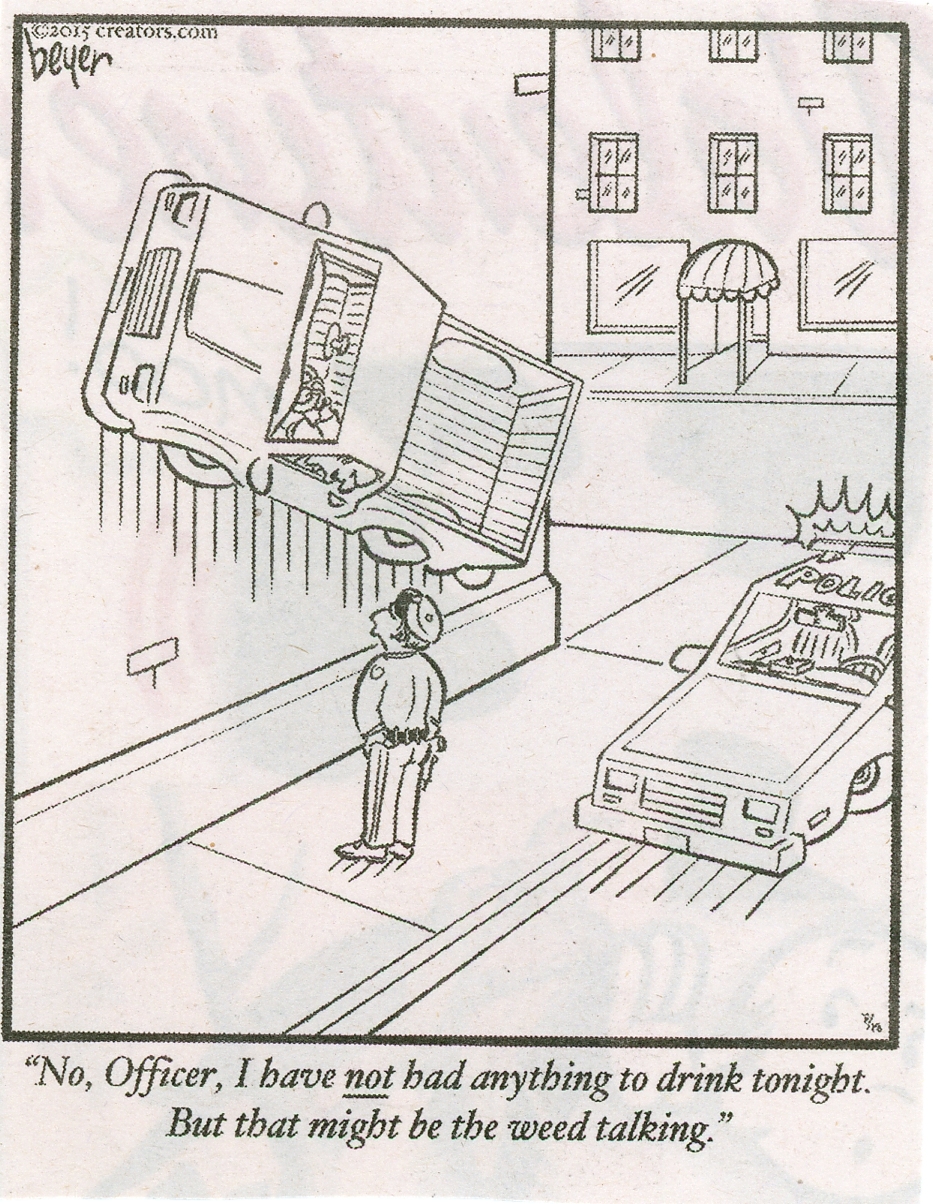