I love Gary Larson’s work. His book, Prehistory of the Far Side, is the best place to start. It shows drawings he made when he was but a wee child, and they are friggen hilarious. Scenes looking out from the trunk of the car for instance, where he claims he rode on family trips. Another where he’s staring down the gaping mouth of a creature at the zoo. Apparently he always saw the scary side, and the weirdness of his fascination with farm animals doesn’t hurt either.

Naturally I wanted to get my hands on The Complete Far Side, a compilation of every cartoon published (and some non-published) during his entire career. I found the two hefty volumes at the library which is nice since the collection itself is a bit more for books than I usually spend. My librarian, Craig, nearly toppled over when he carried them to the checkout for me. That was my first clue something was amiss.

When I attempted to lift the books from the counter in the usual fashion, they were seemingly stuck to the counter; no, it was just they were heavy as hell-o. I took them home and tried to read them, really I did, but I like to read in bed and Volume I nearly crushed me to death. Volume II was no better. These are table books in the true sense of the word, but that’s when it struck me!

The Far Side Diet & Weight Loss Program: How It Works

How better to start a diet and stay motivated than a healthy dose of Far Side Cartoons and a workout hefting the volumes. You can begin simply by carrying the books from one room to the next. Rinse, repeat. Do this three times a day to build up your strength, and when you’re ready, venture outside and down the street, perhaps all the way to the end of the block. Slowly build up until you’re able to carry the books around like it’s no big deal.

You can hold one and slowly do bicep curls. Put them on your legs and do leg raises, and lie on the floor, putting a book (or two) on your pelvis and then lift, lower, lift, lower. Instant home gym in a book! It’s brilliant. Gary Larson, I tip my hat, and my broken pelvis to you. 😉

All kidding aside, these books are wonderful. Mostly color cartoons, which explains why the volumes weigh a ton.

Oh, yeah, I almost forget, the diet. Just take a healthy dose of laughter before each meal. Experts will say it’s a natural appetite suppressant (sooner, or later, I’m sure they will)

Are you Starving? Putting Hunger in Perspective

I recently read a book by the only man to have survived alone on a raft at sea for more than two months, Editor of Cruising World magazine, Steven Callahan. In “Adrift, Seventy-six Days Lost at Sea,” Callahan recounted how while slowly starving he dreamt of food, “My body knows what it needs. For hours on end fantasies of sweet ice cream, starchy baked bread, and vitamin-rich fruits and vegetables water the mouth in my mind.”

Reading an account of one man’s survival in the face of sure death was inspiring. My ex-husband is building Callahan’s redesign of “Solo” the very boat that capsized, so he too can take off on a singlehanded sailing adventure across the seas. He believes he could survive as Callahan did, while I’m telling myself I’ll die of starvation if I don’t eat in the next half hour. Sort of puts things in better perspective, don’t you think?

I recently read a book by the only man to have survived alone on a raft at sea for more than a month, Editor of Cruising World magazine, Steven Callahan. In Adrift, Seventy-six Days Lost at Sea, Callahan recounted how while slowly starving he dreamt of food

“My body knows what it needs. For hours on end fantasies of sweet ice cream, starchy baked bread, and vitamin-rich fruits and vegetables water the mouth in my mind.”

Reading an account of one man’s survival in the face of sure death was inspiring to say the least.

My husband is currently building a boat designed by Callahan; actually it’s the redesign of Solo, the very boat that capsized when he was set adrift! My husband plans to take off on a singlehanded sailing adventure across the seas. He believes he could survive as Callahan did, while I’m telling myself I’ll die of starvation if I don’t eat in the next half an hour. Just sort of puts things in better perspective, I’d say.

I came across an ad that said, “The Chocolate Diet,” and so naturally, I checked it out. The site had pictures of nice chocolates, and then something about how nanotechnology had created some nifty new way of making it so you needed less sugar, blah, blah. This led me to believe they’d have chocolates to order, right? Wrong.

They are selling the same, tired chocolate powdered drink diet. Yuck. What a let down.

Then, while searching to see what else was new in the dieting world, I came across the Pasta Chocolate Diet. Checking into that I see they recommend popcorn as a snack, three times a day. Shouldn’t it be called the Popcorn Diet?

Getting back to chocolate, I live similar to the principals in, Growing Up on the Chocolate Diet: A Memoir With Recipes, by Lora Brody. In it she explains how she loves chocolate and has a little every day. So do I! Well, not every day, but most days. As I still have one chocolate left from my Christmas box, I wouldn’t say I’m obsessive about it, but I do love good chocolate, and I maintain my weight so they can go hand-in-hand.

Hershey’s Kisses have about 25 calories apiece, so if you want, take four Kisses and attempt to let one melt in your mouth – no biting. See if you can, it’s not easy. Make four Kisses a snack, make an effort to let them melt and it’ll take you 15 minutes to eat them; meanwhile your hunger pangs are long gone and your craving for something chocolate is satisfied.

I got a book at the library yesterday, The Ultimate Low Fat Baking Cookbook. This is one of those huge, glossy photo filled, coffee table type books, so I start flipping through it, and the first thing I noticed was the photos. They had been taken at close up to make it appear the cakes and slices of pie were normal sized, but upon closer examination I could quickly see that was not the case. These were Barbie doll sized portions! Every recipe made about the equivalent of a one-layer round, and each served eight. You do the math. Divide that cake in half, then again into quarters, and finally into eighths and you’ve got some dinky portions. So, naturally the calorie count, fat content, carb content, and the sodium are low.

That’s why I’ve usually shunned these cookbooks. Yes, they do make some substitutions to bring down the overall fat content in the recipe, but let’s be realistic. When’s the last time you made a batch of cookies that served 18?

Another cookbook I have which doesn’t tout itself as being anything but Light & Healthy is called Six Ingredients or Less, but I laughed myself silly when I saw the recipes. For example: Strawberry Pie. Take 1 9-inch baked pie shell, 1 cup sugar, 3 tablespoons cornstarch, 3 tablespoons strawberry jello (powder) – well duh, and 3 cups fresh whole strawberries. Serves 8. Yeah, right. Three cups of berries? Serves 8? Let’s see, each person gets, about 1/3 cup of strawberries (about four big berries), a smear of jello and a crusty bit? Pleeze. No topping either. ;-(

This recipe claims a calorie count of 284 per serving, so times 8 that little bit-o-pie costs 2,272 calories! Seems it might have made more sense to just eat a bowlful of berries, as a whole cup of raw berries has only 46 calories, even adding some whipped cream sweetened with splenda wouldn’t add many calories.

Here’s another: Ground Turkey Sandwich (sounds gross), but it’s touted as “great for kids.” It calls for 3/4 pound ground lean turkey, 1 cup finely chopped onion, 1 1/2 cups of catsup (vegetable?), 2 tablespoons white vinegar, 2 teaspoons sugar (why sugar, the catsup has enough), and 2 teaspoons dry mustard. Basically except for the spicings and flavorings this recipe has 3/4 pound ground turky and 1 cup of chopped onions and it serves? Six! That’s 1/8th of a pound of meat, and 1/16th cup of onions per person. Wouldn’t want those little tykes to get overfull, now would we? No wonder they fill up on chips.

Look out South Beach Diet! The Hamptons are Moving In

The Hamptons Diet – The Beverly Hills Diet – The White-Trash Diet – The South Hoboken Diet. When will it all end? Ah, another diet book with another snazy title. Sort of makes you feel like you’re on a vacation just thinking about it.

This latest entry into the dieting fray is being described in glowing terms:

Says Ann Louise Gittleman, author of The Fat Flush Plan, “His diet is delicious, sound, and represents one of the best of the low-carb options.” Options? This is an option? It’s just a rehashing of the same concept – different ratio of carbs, protein and fats. It’s not exactly revolutionary.

And not to be outdone, Dana Cohen, M.D. says, “Dr. Fred Pescatore takes the Atkins Diet to a delicious updated level.”

Well, I’ll be. But wait, way back in 2000 Pescatore wrote the book, “Thin for Good,” which was said to be “Taking low-carb diets to the next level.”

Er, isn’t that what they’re saying about his new book, The Hamptons Diet? Like I said, how many ways can you spell high protein/low carb? Is there anything in this book that wasn’t included in Thin for Good? Maybe he added a sprinkle of some new spice to the recipes.

So, we have three separate reviewers all saying that Pescatore’s newest book, The Hamptons Diet, “Takes it to the next level.” Uh huh. I hope the level they’re referring to is back toward a more balanced, healthy approach overall, and please, put down the pork rinds and let me offer you a nice carrot. 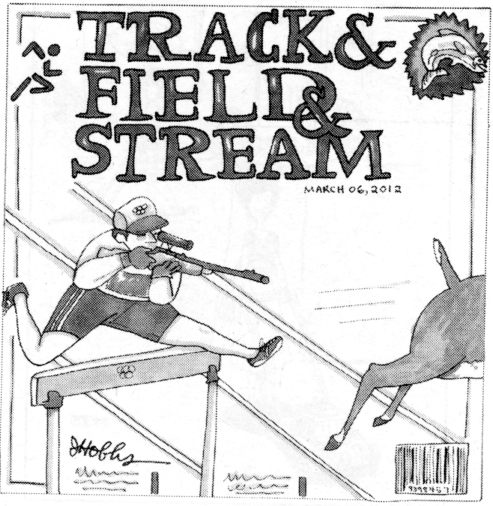