I’m trying to make a post using some new fangled gadget called “Hello” from Picasa. I’m not having much luck, so if suddenly the same post appears about six times, I apologize in advance 😉

Okay, so far so not good, so here is the photo I’ve been trying to post via Hello (Hello is a new fangled program that supposedly lets you post images easily to your blog but I’m having a wee bit of trouble getting it to work)

This is so friggen ridiculous I can hardly type! THREE WEEKS! Right… if you believe that, maybe you should come see a bridge I have for sale?

No friggen way! I hate this kind of thing. I also hate the before shots that look perfectly fine, like some skinny chick trying to stand with bad posture and her stomach all stuck out, or maybe it a size too small outfit, then her amazing transformation! Skinny to skinnier still. Real motivating. I wish they’d just use real people for a change. Anyway, if you see this photo out in the wild, buyer beware.

Must Have Chocolate Diet

Here’s some more marketing genius, The “Chocolizer.” Get this, they claim “each capsule provides the equivalent satisfaction of two large chocolate bars or three cups of chocolate milk.” Oh, really? That’s swell, but how’s that supposed to help when most people don’t recognize whether they are satisfied and instead eat until they are stuffed? They’d have been better off if they’d said each capsule provides the equivalent overfull feeling of an entire Thanksgiving dinner with all the trimmings, three helpings of two kinds of pie and assorted cheese balls while waiting for the whipped cream. Now that people could relate to. 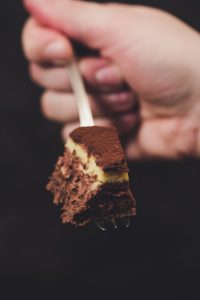 They go on to state, “Made only from cocoa beans and shells.” Um, excuse me. Shells?

OMG, this morning is ripe for ripoffs: Here’s one I just spotted: 90 Lbs 8 Sizes in 90 Days. I see this one is “As seen on TV” so maybe you’ve seen it. Maybe you’ve even ordered it. Here’s a tip: Stop falling for these absurd claims. Put logic to the test. Would an average person lose 90 pounds in 90 days if they ate nothing at all? No, they wouldn’t.

These folks are selling empty promises and you end up with nothing but a slimmer wallet. I know, it’s hard to resist the allure of easy weight loss, but this is just ridiculous.

Here’s what does work: Cut back on quantity by starting to eat one-fourth less than you usually do. That’s not so much, one-quarter of a sandwich you cut away and give to the dog, or wrap in foil for a snack later. Three-quarters of a sandwich is likely still going to satisfy you, and then a few hours later when you get a little hungry, voila! You can finish the sandwich then. Perfect. Sure you ate the same amount but spacing out what you eat makes much better sense than eating the whole sandwich now, then having something else like a candy bar or chips in a few hours when you get hungry, and you will get hungry every few hours (most people do anyway). That’s a pretty normal cycle. Think in terms of a mouthful or two, rather than a barrel full.

I eat half a sandwich now, when I once thought that was the craziest idea in the world. Try it and see what happens. You may be pleasantly surprised and find yourself letting go of a few pounds without much effort at all.

I received an e-mail with a link to something called Mental Toughness, so I checked it out and I cannot believe it. If you don’t already disparage yourself enough, this is the program to get. It apparently is based on the premise that if they tell you how bad you are, you’ll start to feel bad enough to decide to make a change.

For instance, here’s a headline: “It’s not the diet that’s failing…It’s YOU!” Nice but wrong.

Nothing but what you do regularly is going to have a lasting impact, so to tell someone that it’s not the diet but them is flat out stupid. Who in their right mind needs someone to tell them they are a failure? Apparently these folks get people to pay them money for this, under the guise of “mental toughness.” That’s not mental toughness. Mental toughness is learning to stop speaking in a cruel and disparaging manner to yourself. It is taking responsibility for your actions, yes, but not belittling yourself over a lapse in your eating plan. We are human beings here folks, not robots. Geeze.

So, a quick glance through the rest of his sales letter tells me that I’m fat, I’m lazy, I didn’t stick to the last diet or I’d be thin, I’m delusional about how I really look, fat is ugly (so I guess that makes me ugly?), and that I should grow up. Does anyone like being treated like this?

It gets better. Clicking on the “Sign me Up. I don’t want to be fat” button, I see this course is $497! Holy rip-off Batman!

Maybe I’m wrong and people like being treated this way, but frankly, I think it’s horrible. The real problem with diet plans like this is that they perpetuate the illusion that unless you are perfect, you will not succeed. Oh, really? I’d love to meet these folks on the street. Chances are they are not perfect specimens themselves. No one is. Bet they’re real fun to live with too! LOL.

You’ll make the best progress in your weight loss efforts by allowing yourself a lapse when it occurs. It’s no big deal. Just get right back in gear the next time you eat. One lapse does not a whole-day-lost make, unless you let it. It’s when you feel you’ve failed that the, “I might as well just eat everything now since I already blew it,” syndrome begins.

Without feeling like you must be perfect you give yourself permission to be human. Pull yourself up and stand tall. I believe you deserve better than what “mental toughness” is offering.

Instead of teaching our kids better eating habits, and getting them off the couch and onto their bikes, we are testing more pharmaceuticals on them! I think it’s criminal the way the drug companies market to children – no not directly, but most parents who feel terrible about their kid’s weight problems, are easily talked into the idea of giving them a drug to solve the problem.

A recent study was reported by Professor Jean-Pierre Chanoine, of the British Columbia Children’s Hospital in Vancouver, Canada who told the 13th European Congress on Obesity that the drug could help adolescents with a weight problem. The main problem? Reported side effects which include diarrhea caused by eating a high-fat meal. Chanoine said this side effect, “was not a major problem for the adolescents in the study.” What? Those kids don’t eat high-fat meals, or they just don’t mind having to run for the restroom? Not too many kids I know stay away from fast food. If they did, they wouldn’t need the diet drug in the first place.

I remember growing up in the 60’s when we all believed doctors were Gods, and they could cure anything with a pill. Today we are spreading this nonsense to our kids. What kind of a society will we have when everyone grew up taking Ritalin for hyperactivity (which most don’t have anyway), and now, Xenical for weight loss (proven ineffective).

Drugs Are Not The Answer; Drugs Are the Problem

No one knows the long-term effects of any of these drugs, yet we are more than happy to feed them to our kids? Not me. Sorry. I can say no to requests for sugary cereals at over $4 a box – that’s easy, “No.”

I can say no to supplying soft drinks for every day consumption, “Drink some water.” It’s gotten expensive enough – just say no to buying these products. The price we pay for water and sugar is ridiculous.

If you insist that taking pills is a good idea, look into some good quality vitamins instead of drugs, and you and your children will be far better off.

This should be shelved under the, “What were they thinking?” category. I love good wine, and the thought of anyone deliberately tinkering with the grape, simply to alter its sugar content for the sake of lowering carbs is well, not right. That simply goes against all good winemakers stand for.

The AP Article, Company Introducing Low Carb Wines states that, “Cara Morrison, the Brown-Forman winemaker in California who developed the brands, said most consumers won’t notice any difference in taste.” That statement alone leaves a bad taste. No difference? Sure. Uh, huh. Right. Yeah, okay. Jeeze. Go ahead, you serve it to company, not me.

Wine lovers should laugh this offering right off the shelves.

Brown-Forman is said to have spent $1 million in development and plans another $5 million for advertising so basically they’re shelling out $6 million to hawk cheap, crappy wine just so they can grab a piece of the low carb pie. They should be forced to drink all the leftovers.

You Have Loose Change, You Lose Weight
If I read one more book or website that misspells loose for lose I think I’ll scream. I realize English can be a difficult lanugage but this is not one of those times.

Loose or Lose: Which is which?

The word “loose” means it is not tight, it is loose. You can loosen a tie, your belt can be too loose.

Every time I see the word “loose” in place of “lose” I go a little more insane, and this isn’t a good thing. This has become a joke in my family so now we say, “I loosed a little weight this week,” and laugh like idiots. 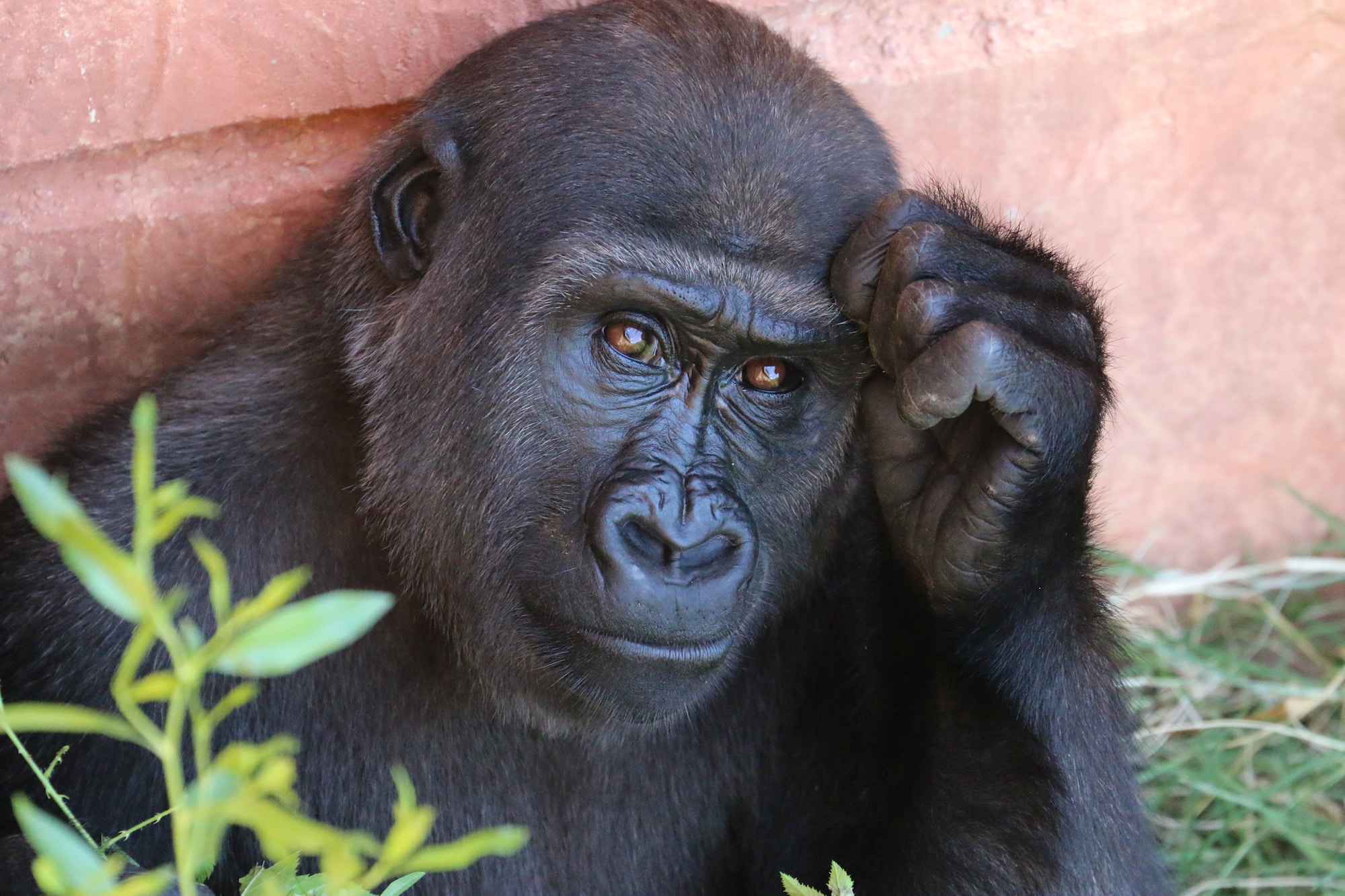