Holy smokes, who’d a thought? Sheesh. I’ve mentioned before I’m a member of the National Weight Control Registry, a group of about 5,000 people who’ve lost on average 73 pounds and kept off more than 30 pounds for six years. The actual criteria to join the registry is having lost at least 30 pounds and kept it off for one year. I lost 80 pounds over 17 years ago now, so I’m qualified. 😉

Recent findings suggest that it doesn’t matter what method you use to lose the weight, but keeping it off tends to be a combination of low fat and exercise. Suzanne Phelan, a Brown University Medical School psychologist who led the research stated that, “Only a minority of successful weight losers consume low-carbohydrate diets.”

Registry participants who reported being on low carb diets also reported eating more fat, which prompted Colette Heimowitz a spokeswoman for the Atkins diet organization to say, “the carbs aren’t low enough for them to be successful,” and that they should have replaced carbs with more protein rather than more fat.

Meanwhile the battle rages on. Use what works for you. If you love carbs, then low carb is likely not the best choice. Instead try high complex carbs such as whole grains and brown rice with plenty of steamed and raw vegetables and fruits for snacks. On the other hand if nothing makes you happier than a juice piece of steak, perhaps low carb is a good way for you to go. Each of us must find the right balance that works best for ourselves, rather than listening to the diet gurus “diet-o-the-week.”

Even Diet Pros Can Get it Wrong

I often sign up for the “free information” offered on websites for weight loss, just so I can see what they do, how whey do it, and whether I like it. Today I signed up for a Free Fitness Assessment on a page testing headlines for Denise Austin’s latest web site. All was fine and well until I got to her suggested menu for the day.

Typos include the following for my recommended breakfast: Strawberry-Banana Smoothie: In a blender, process until smooth

She goes on to add two pieces of wheat toast with 2 teaspoons of trans-free margarine. Ick. Why not butter? And why two teaspoons? Why on earth would you want to add butter or margarine to a smoothie, oh, I forgot, it’s for the wheat toast, but please. This is adding 200 calories of fat. Skip it. It’s not exactly a healthy fat and at 100 calories per teaspoon you just wasted 200 calories for nothing. Who knows if that was also a typo. Whoa, Denise, I never said I was making smoothies for 12! Holy smokes. Obviously this is in error, but do you trust a website that is asking you to join and pay money, when they can’t even get the simplest information correct? Where’s the editor when you need her?

I’m sure they’ll work out the kinks before this is launched into prime time. I think all the menus in the world are useless unless you intend to continue allowing someone else to dictate what you’ll eat at any given time. Learn by suggested menus what are reasonable portions and then prepare the foods you like. I generally eat a bowl of cereal most mornings and I almost always think back to the, cereal, milk, fruit, coffee, toast breakfasts that were recommended in the 60s as being “a balanced breakfast.” Sure, it was balanced. They pretty much threw in a little bit of everything.

If Americans Eating Healthy Why Are We So Fat?

A recent telephone poll conducted in August by Zogby International, and commissioned by the University of Texas Health Science Center at Houston revealed that 70% of Americans say they are careful about what they eat. Yet 56% of these same people admitted to being overweight.

These polls really measure the ability of people to be truthful. Think about it. If someone calls you and asks, “Do you make healthy food choices?,” Are you going to say, “No. I eat crap and nothing but crap,” or are you going to say, “Yes, I think I make good choices. I try to eat healthy, blah, blah, blah.” People are going to lie. Ask them if they are overweight and 56% say yes, when the statistics show that closer to 70% of the population are either obese or overweight. Someone is not telling the truth.

Many health experts believe that Americans think if they eat some healthy foods that their overall diet is health, and that’s simply untrue. The fact is, unless you eat healthier foods the majority of the time, you’ll be overweight. Case closed.

Where To Find Healthier Foods?

If you want to get more healthier foods in your diet, shop the outside aisles of the store. The produce, meat, dairy counters. Go down the frozen food section and stock up on frozen vegetables and find entree meals with less added sugar and fat. Cook at home at least once a week and

Limit bakery visits to once a week or less. Avoid the inner aisles as much as possible where they offer meals-in-a-box and pre-packaged cookies, crackers, Little Debbies, etc.

If you eat cookies every day, wean yourself down to no more than a couple of times a week. You can change your eating habits by making small changes, but it starts in your head. Take a close look at what you’re eating now and then make a few changes. Once you are used to those changes, make a couple more. Slowly, over time you can begin to eat a healthier diet.

Could Your Allergies Be Keeping You Fat?

A recent survey of 15,000 adults by Mount Sinai School of Medicine in New York found that 1 in 50 were allergic to seafood; twice as many as are allergic to nuts. Because so many people are sensitive to certain foods and chemical additives, it’s certainly worth a once-a-month study on your own eating habits.

Keeping a food dairy will help you determine if anything you’re eating could be causing symptoms such as hives, water retention, weight gain, or the more serious breathing difficulties. Keep a log, noting how you feel before you eat, what you eat, and then half an hour later again note how you feel. If you notice any odd behaviors such as excessive sleepiness, difficulty breathing, or odd cravings make a note of that as well.

After a week or more, review your notes and see if there are any commonalities. For instance if you notice that every time you eat shellfish you suffer some difficulties breathing, that is a red flag for sensitivity if not outright allergy. Allergic reactions tend to be much more severe, even life threatening, so do not hesitate to ask you doctor if you notice anything unusual, but having already done a week long study of what you eat and how you feel will help your doctor enormously in determine what, if any, food sensitivities you may have.

I’ve done this myself as I was suffering from excessive daytime sleepiness and I began to wonder if it could be due to something I was eating. After taking careful notes for a couple weeks I was able to determine that it was not what I was eating – the results were totally inconsistent. Sometimes I’d be tired after eating, and other times I would not be tired, so actually the food diary helped me to determine I did not have any food sensitivity.

I use the Food & Exercise Diary, but you can simply write what you eat in a small notebook – as long as you take notes, it is helpful. This can also help you pinpoint any particular eating triggers, so pay careful attention to what you write about how you feel before you decide to eat too 😉

I have a small, yellow award banner, like what’d you’d win in second grade, that says “Good Eater Award.” I named my website, OneMoreBite, after my theory that when children are small we’re constantly trying to get them to start eating, “Come on honey, just one more bite. It’s so yummy. What a good eater you are!” Then later we are doing everything we can to get them to stop. “No you can’t have another cookie, you’re getting too fat!”

It can be difficult to break the good/bad habit surrounding what we eat. If you catch yourself saying “I shouldn’t eat that, I’m trying to be good,” remember you’re not 5-years old anymore. You’re an adult. What you eat doesn’t make you a good or bad person.

Giving yourself permission to have a treat is about nourishing yourself. It’s okay to be kind to yourself today. Give it a go and let me know what happens. 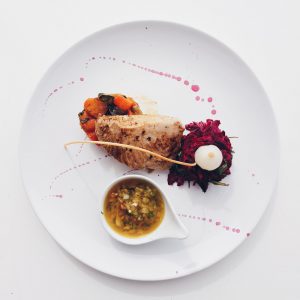 What’s an Shopper To Do?

Yesterday, I stopped at Zupans to see if they had my favorite shortbread cookies. If you don’t have Zupans nearby, they’re a great store, one of my favorites, but you need to win the lottery to shop there often. It’s expensive. Their deli is fabulous, but you know how most delis have those little white take home goldfish containers? This deli has clear plastic tubs in three sizes: Large, medium and miniscule. I’m not willing to pay $4.50 or more for a miniscule amount of salad or beans, so I take a pass. It’s a shame too, but I could buy the ingredients and make it myself for the price, and I’d need to buy three or four to make a meal. Fat chance.

So, to bring this rambling account to a close, I finally spied a teensy sample size package of Walkers Shortbread in the checkout aisle. Perfect. Just a taste, which is what I wanted anyway, so I bought one. Later at home I looked at the nutrition label, and guess what? This package, containing a whopping 1.4 oz. of two slim 1.5″ by 2″ cookies serves 2. Yup, you get one cookie each. Enjoy!

My latest newsletter, Bits-n-Bites for People Who Chew was posted yesterday. Give me your thoughts. Post a comment.

I didn’t eat those cookies just yet. Sometimes I buy food just to keep it around. I’m also still thinking about that two servings nonsense. It puts me in rant mode, which I sort of like